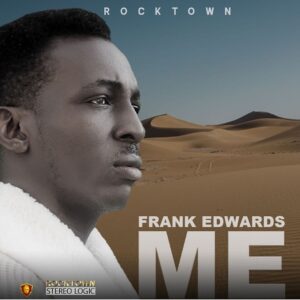 Frank Edwards has released his new single titled “Me” “Me”.

Just as announced in his Instagram official handles some days ago about the new single ME which he slated to dropped on the first day of July, 2020, is now out.

In this song he assured the world that he and his family has chosen and will continue to serve the Lord just as Joshua of old.

He really exalted the name of God in a unique way in this music, you just need to hear him worship God in an extraordinary way.

He curled out this song from his upcoming album which will drop before the year ends.

On same day a Mixtape was also released featuring him titled “Showers Of Blessings Mixtape”. You also need to check it out herehere